MM Physiotherapy founded by Mike Murray qualified with a BSc Hons in Physiotherapy at the University of Salford via the Professional Footballer Association (PFA) following his time as a player at Rochdale AFC. Mike continued playing semi professionally following his time at Rochdale whilst studying for his degree. In this time he also became an accredited personal trainer, working 1 to 1 with clients & also with local GP’s overseeing an NHS exercise referral scheme. 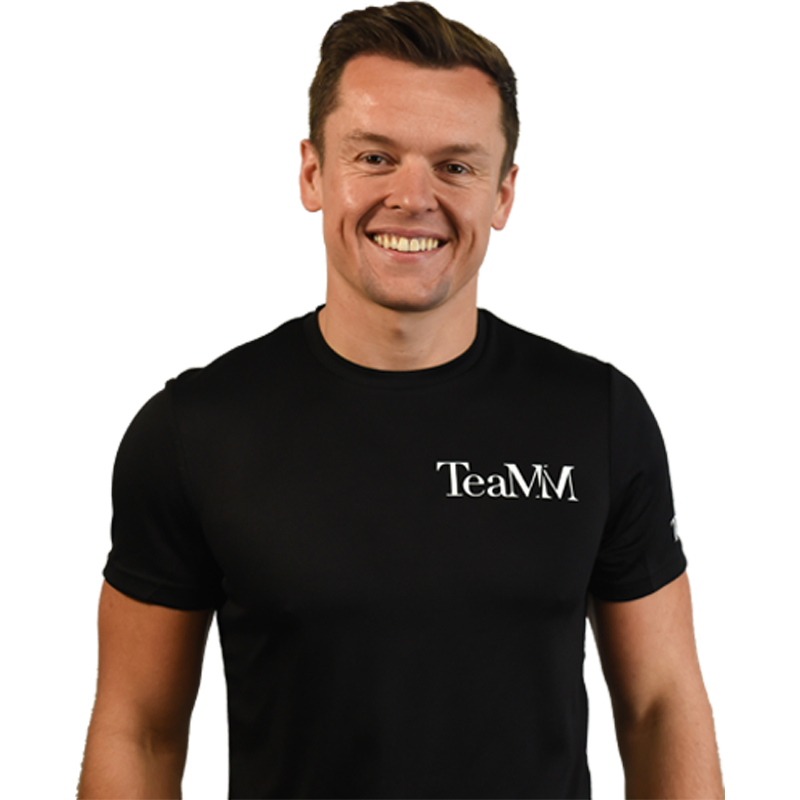 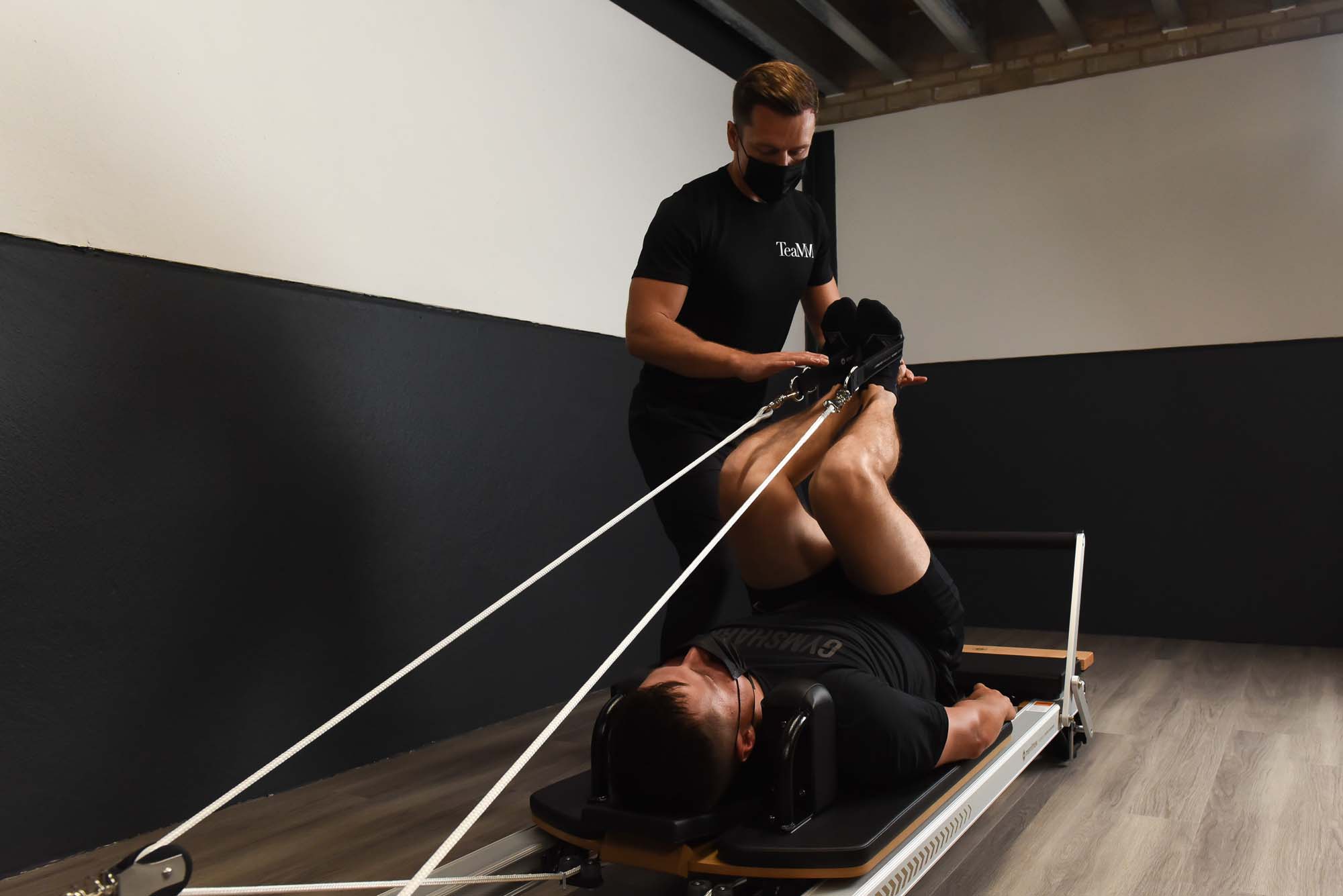 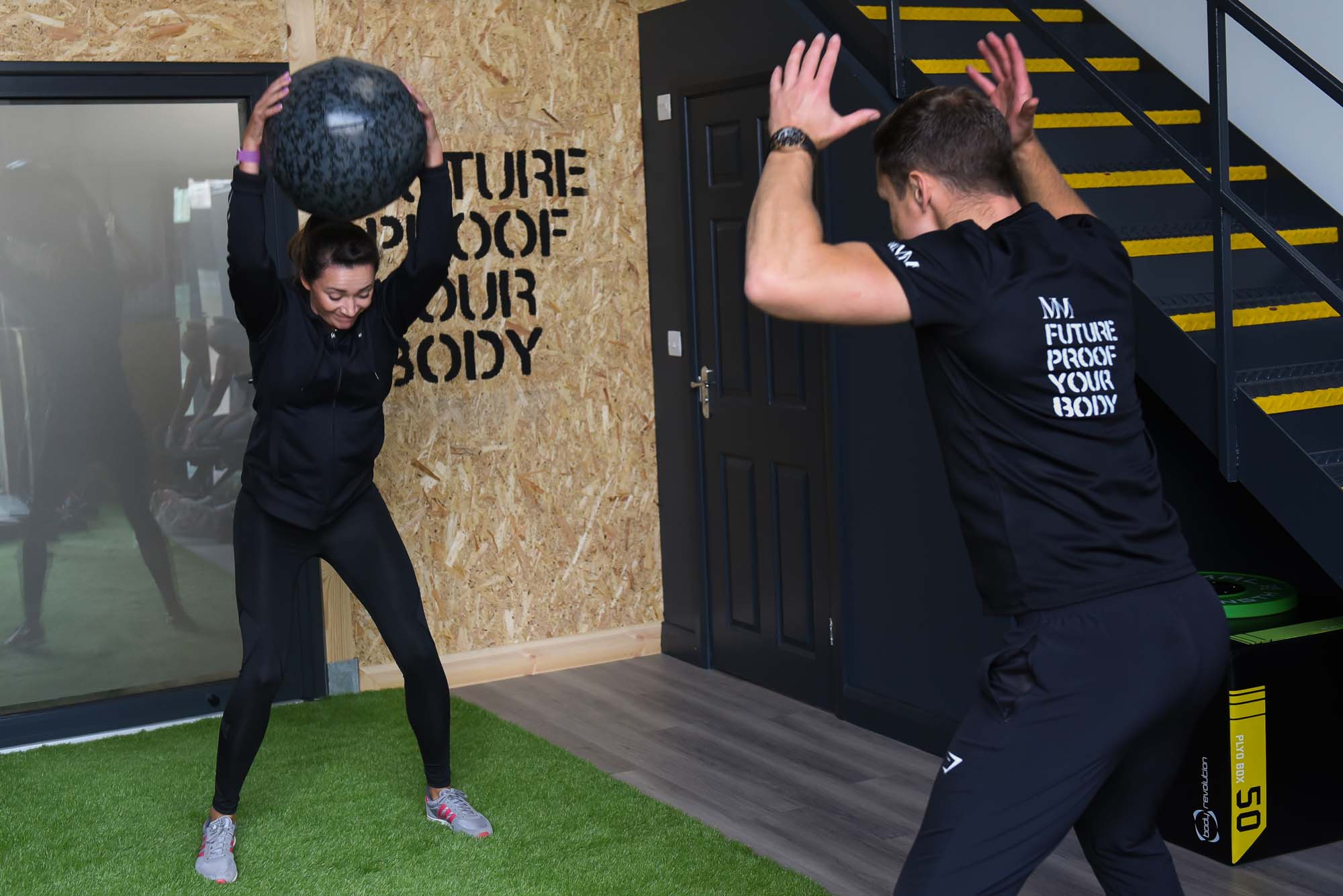 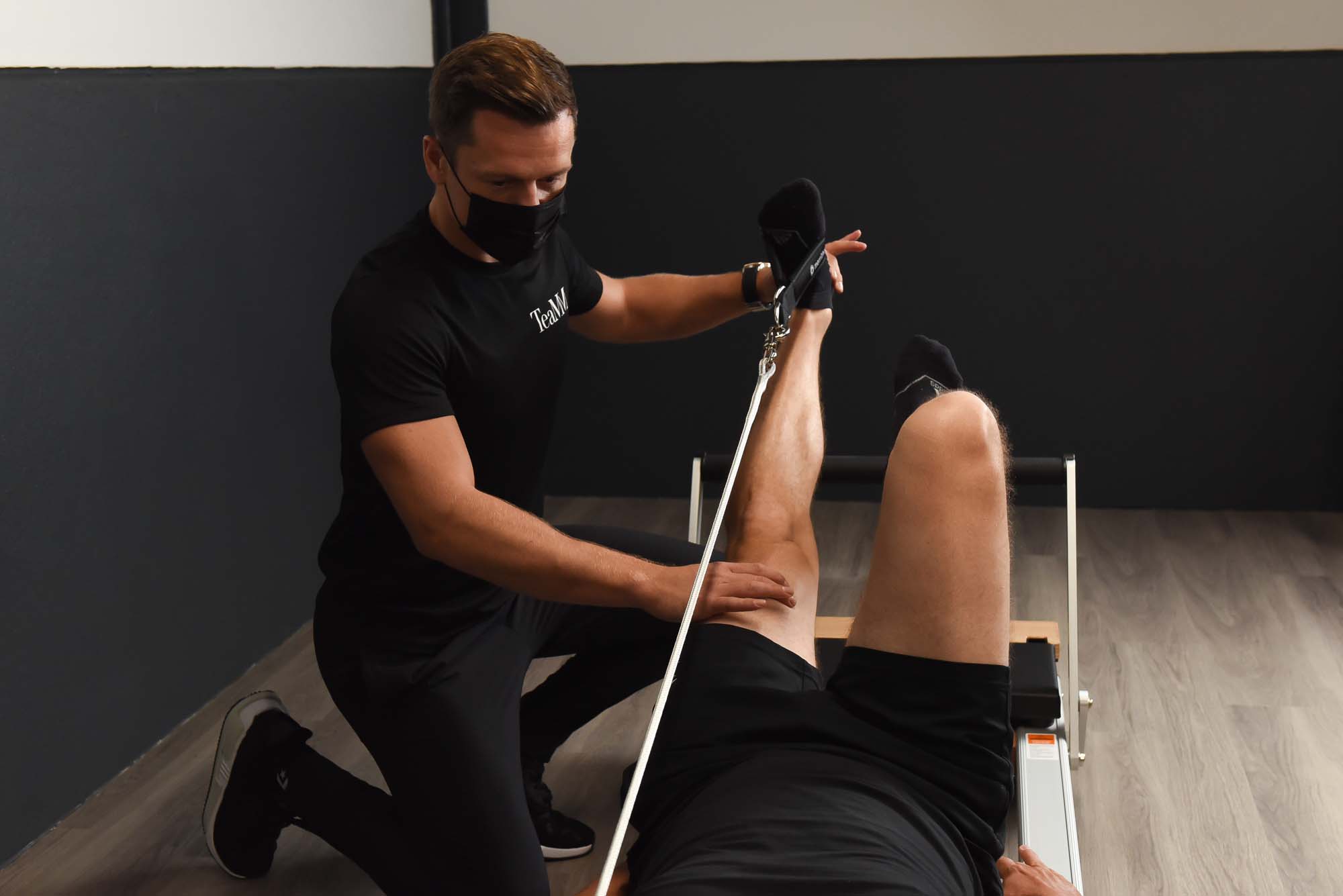 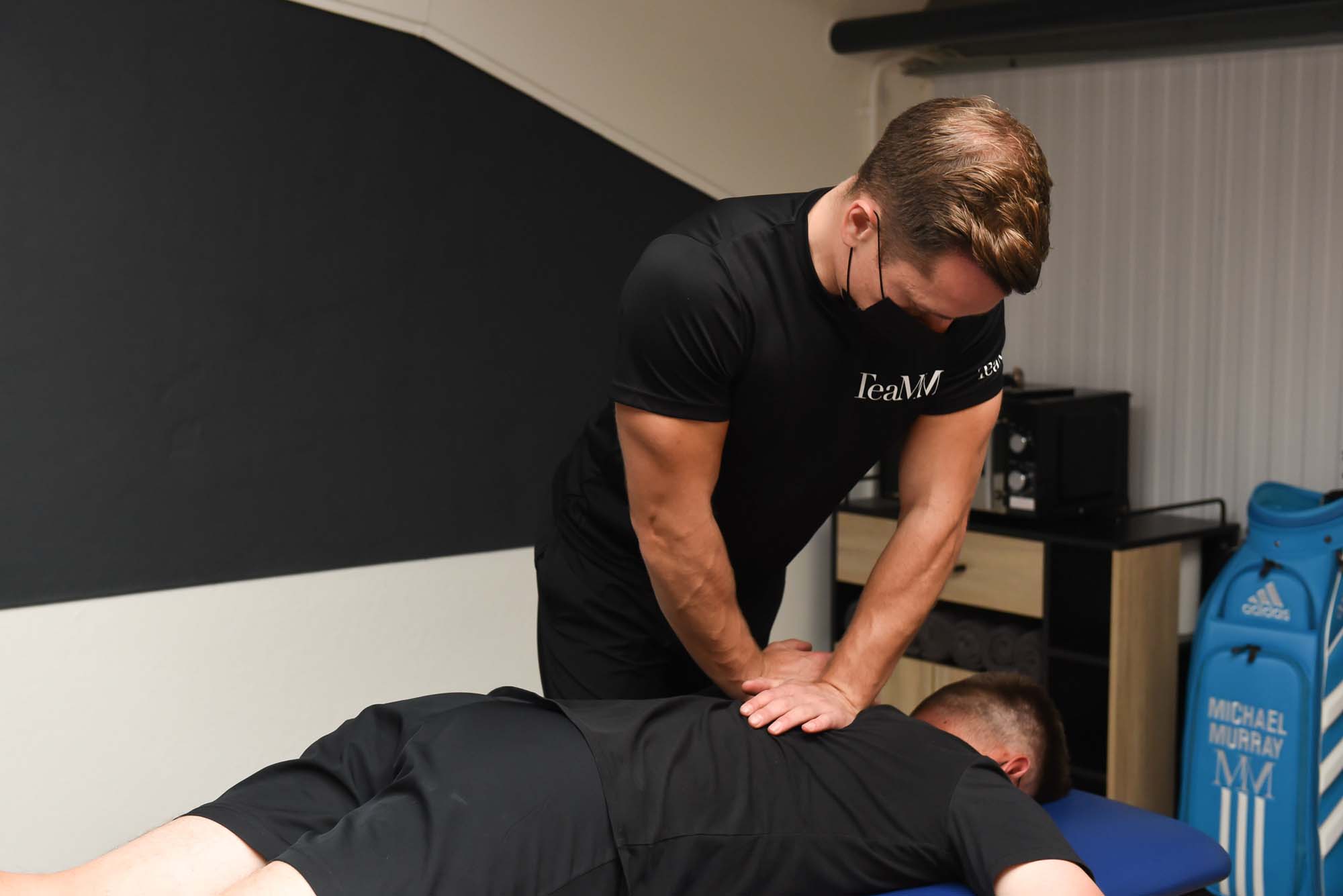 Becca qualified with a BSc Hons from the University of Huddersfield in 2008. She briefly worked in the NHS before undertaking her MSc in Sports Injury Physiotherapy alongside working in the private sector. She has worked with local Rugby clubs treating both acute pitchside injuries and more chronic conditions. Her high level expertise and approach to rehabilitation of injuries are what make her a valued asset in her role here at TeaMM.

Outside of work she is an experienced horse rider and competes her horse at National Intermediate level and International CCI** level, with the aim to continue to progress further. Her experience in horse riding provides our equine patients confidence with her ability to screen/ diagnose and rehabilitate their injuries on their way back into the saddle.

Rebecca brings a wealth of experience to TeaMM  and her highest clinical standards will get you on your road to recovery. 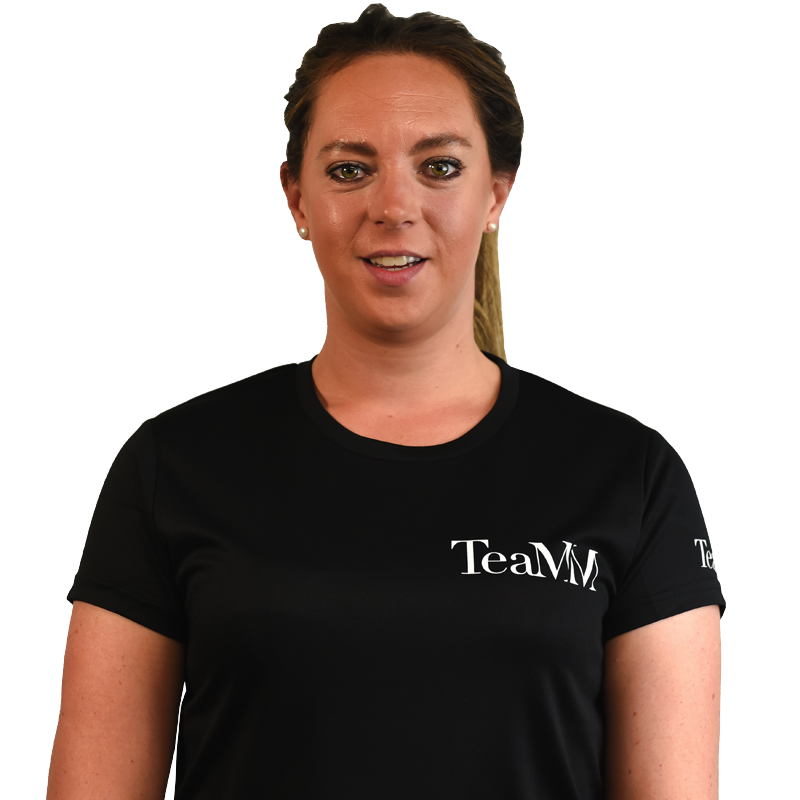 Dan qualified from Manchester Metropolitan University in 2013. He has extensive experience in a variety of musculoskeletal clinical settings including NHS and the private sector. Dan’s clinical interests include spinal & lower limb treatment/ rehabilitation with emphasis on returning to activity & sport. He mixes his role with us at TeaMM with Bupa Manchester. Dan is a keen golfer in his spare time and plays to a single figure handicap. 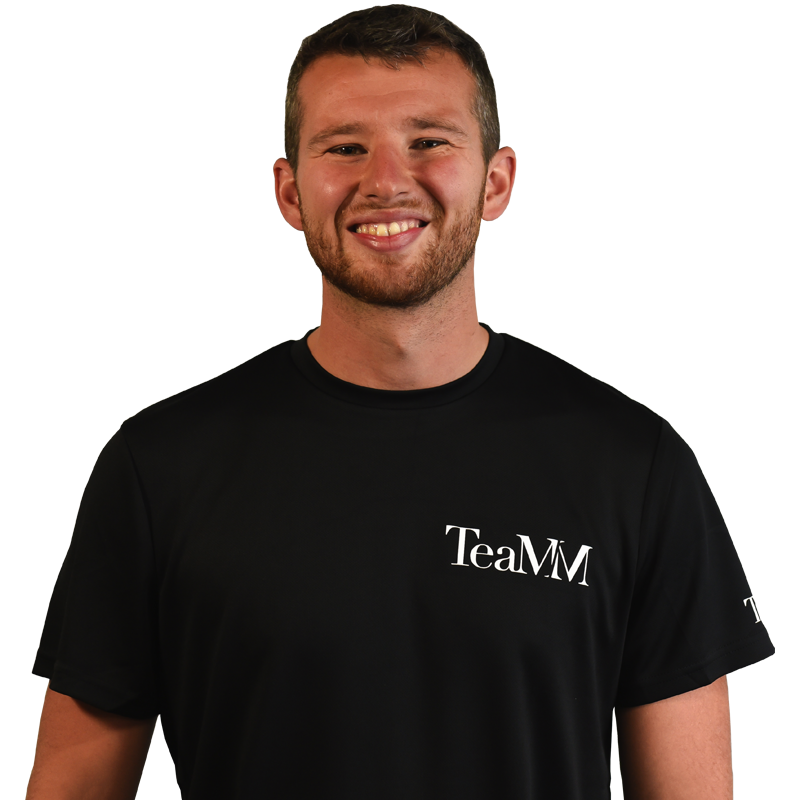 Pete brings with him his experiences from professional sport, combining his work with TeaMM alongside continuing to work within professional cycling.  Pete is one of the most experienced pros in the country after a career racing professionally at the highest level including World Tour events, 11 x Tour of Britain (Several King of the Mountains and Sprint Jerseys won) and all 5 editions of the professional Tour de Yorkshires and puts his knowledge and experience from being a professional athlete to use whilst working with clients. 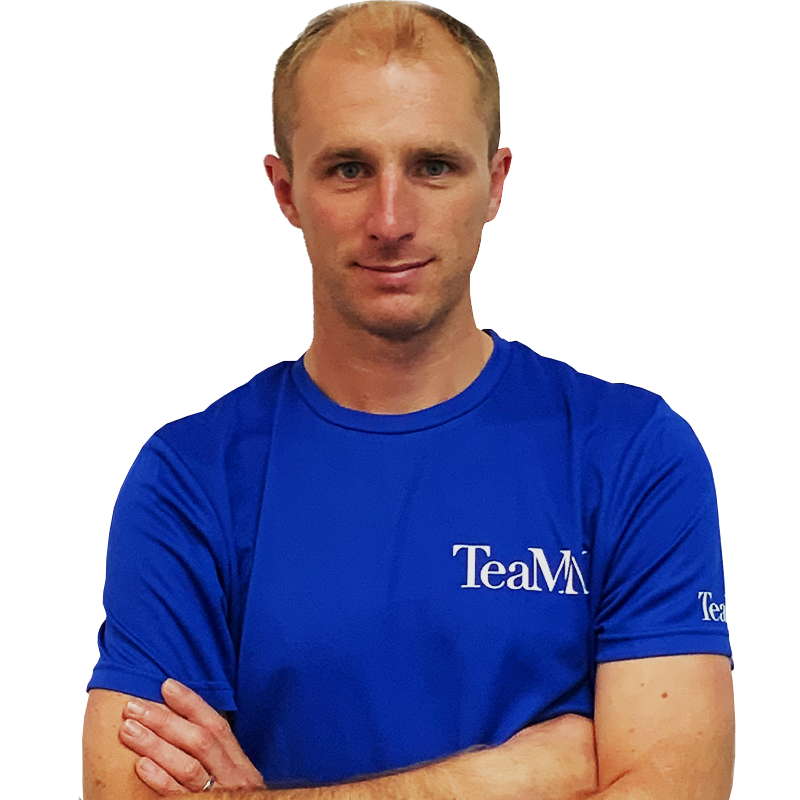 As a Junior international 800m runner, Catherine developed an interest in athletics and sports injuries. She qualified with a degree in physiotherapy from the Manchester school of physiotherapy in 2003 and has since enjoyed gaining experience working with recreational runners and in 2012 joined British Athletics to support the endurance program.

Catherine became lead endurance physio in 2017 based at the High Performance Centre in Loughborough and is currently employed as a senior physio at British athletics working with key athletes aiming for the Tokyo Olympics.

After working with athletes over three Olympic cycles: London, Rio and Tokyo, she has a special interest in movement and strength characteristics required for athletic and pain free movement at any level of performance from recreational to elite sports people. 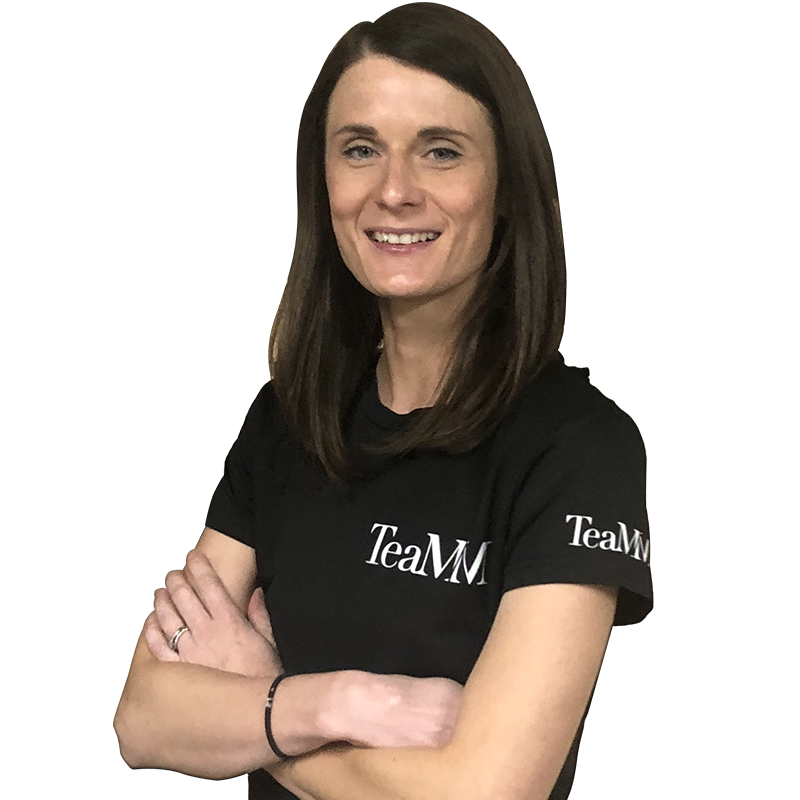 Laura is a graduate from Edge Hill University where she studied Child Health & Well-being. Her understanding and awareness of healthcare systems and also her organisation skills are a key asset to TeaMM. In Laura’s spare time she enjoys going to the gym and swimming.

Laura also loves outdoor activities and spends a lot of time fell running to maintain a her high level of fitness. Laura has achieved completion of her Duke of Edinburgh bronze and silver award underlining her commitment to outdoor activities. Laura is a huge asset to TeaMM and is the first person you’ll see or speak to at our Calder valley clinic. 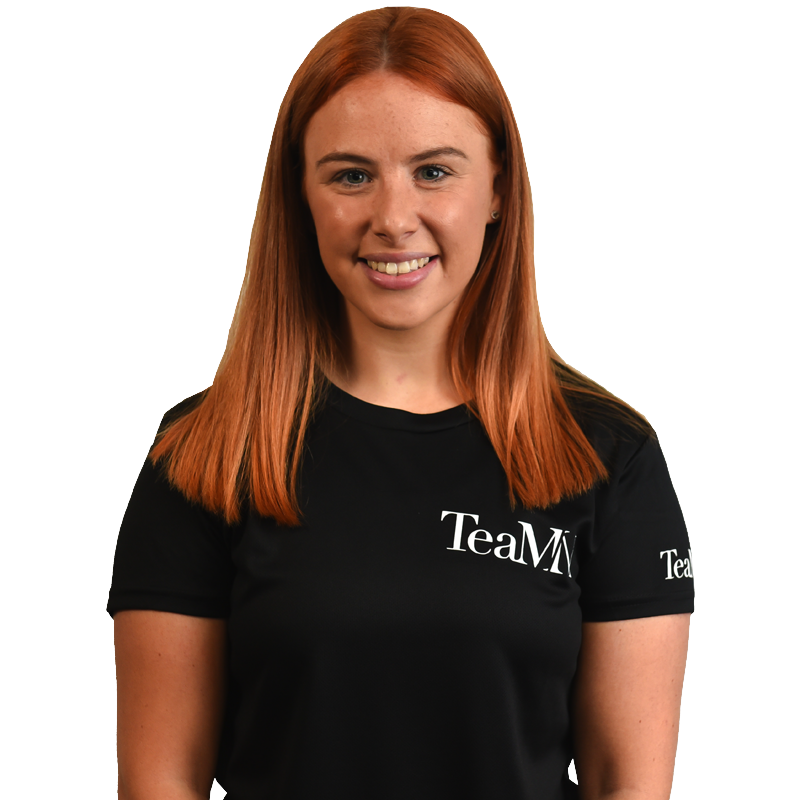 Ally has vast experience in the fitness industry and brings her wealth of experience in clinical Pilates & yoga to TeaMM Calder Valley. She has thousands of hours experience in delivering high quality clinically led group sessions & is a huge asset to TeaMM. All our group sessions are designed to ensure each person reaches their optimal performance built around their needs following our unique TeaMM process. 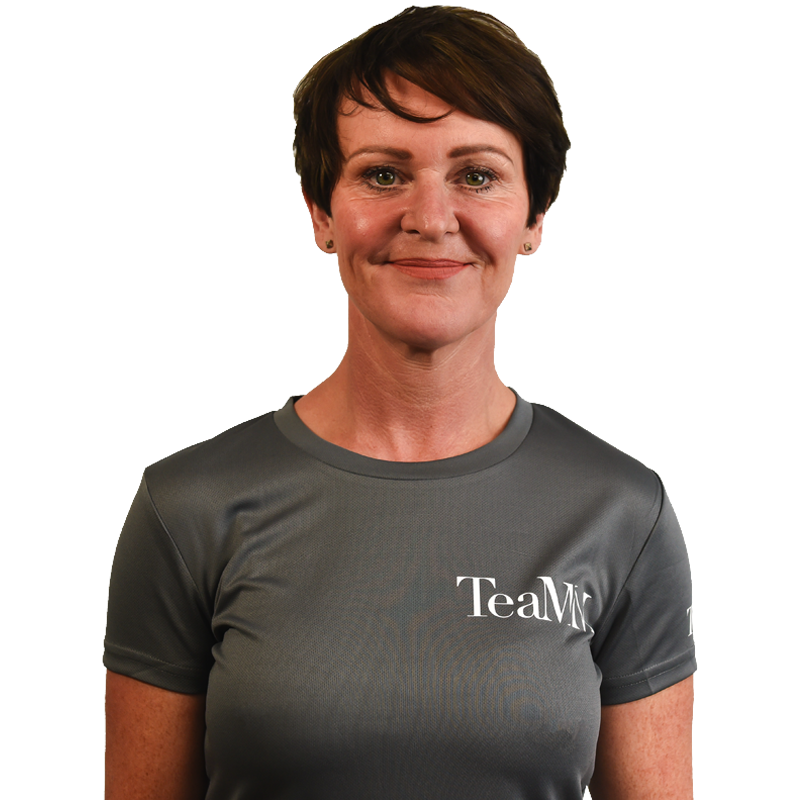 Brogan enjoyed a strong amateur golf career representing her county and England. She was successful in winning prestigious events, including the Pleasington Putter, the Formby Leveret, the Faldo Series world final in Rio de Janeiro and the Faldo Series European final in Northern Ireland.

Brogans time in the US studying kinesiology on her golf scholarship at the University of Texas is where her understanding of golf and the bodies importance to a good sequence began. She will split her time as a Professional golfer on the LET Access tour with her role at TeaMM. Working closely with Mike she will support golfers on their individual movement patterns following the TeaMM process and using state of the art equipment to develop strong functional movement patterns, fix flaws and improve the golfer’s game. 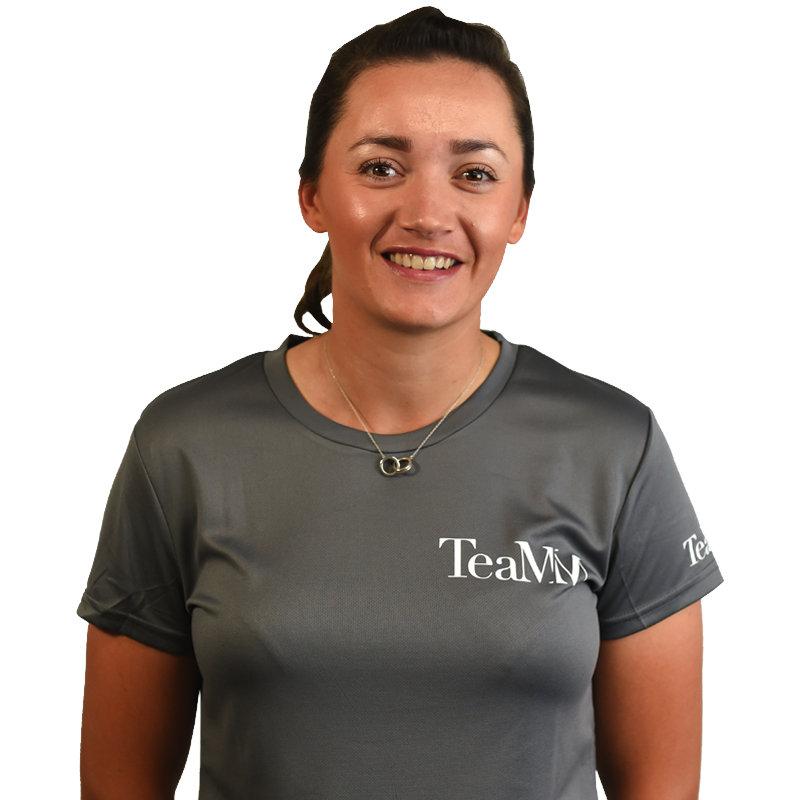 IT’S TIME TO TAKE CARE OF YOUR BODY